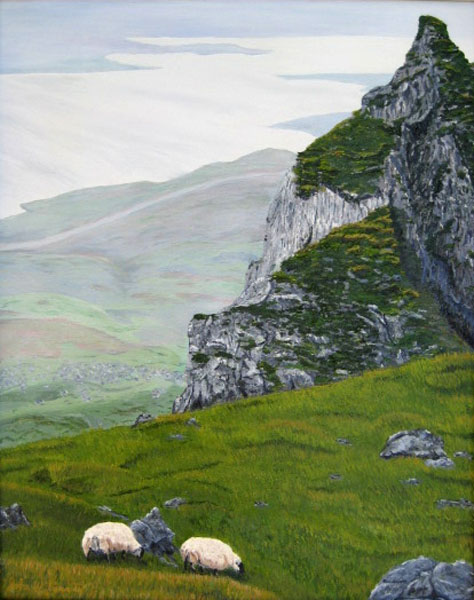 John W. Farr, IV was born and raised in New England and graduated from Bates College, Lewiston, Maine, with a B.S. in Chemistry, and Rivier College, Nashua, NH with a M.S. in Biology. He served as a Naval Aviator during the Vietnam conflict and after 10 years as a military pilot migrated into commercial aviation; retiring at the turn of the century as an international airline captain.

After retirement he started art lessons under Alyson Stoddard Thompson of Hampstead, NH. where he studied for three years. In 2006 he and his wife Elvis, (yes that really is her name…), moved to North Carolina to be closer to some of their grandchildren. Aside from painting he writes poetry, has embarked on some Christian missions with his wife, and enjoys a variety of sports & outdoor activities with family and friends.

Having spent most of his life traveling around the globe he tries to share on canvas a bit of the “feel & flavor” for those places and people he has been privileged to visit.